Hess reduce well times by 40%– a flashback to the early days in the career of Dave Taylor, not long before he founded Relentless Pursuit of Perfection

It has been regularly reported that wells seem to be taking longer to drill now than 10-15 years ago. In 2000, the oil price had plummeted (reaching $9/bbl at one point) and Hess UK was faced with the challenge: “Double the value of wells”.

In today's climate, it is often claimed that the Operators cannot afford to use external services to help drive down well cost, or that it is difficult to bring in ‘outsiders’ when laying staff off. We beg to differ.

With over 15 years total dedicated experience in focusing on just this, we have repeatedly shown that Energy Companies need this kind of programme.

Our industry seems hell-bent on re-learning this lesson – why?

QUOTE: Amerada aims to achieve 50% cost savings on its UKCS wells and also accelerate access to small accumulations. Key to this strategy is its new in-house program called To the Limit (T2L). This is derived from a scheme pioneered by Woodside on Australia's North West Shelf in 1994, called Technical Limit, subsequently adopted in different guises by Shell - Delivering the Limit - and BP Amoco's Theoretical Maximum Performance.

"The T2L concept basically asks, how quickly can you get from A to B?" says Amerada Hess Well Superintendent Dave Taylor. "Sometimes, you will set up two to three assemblies to drill bottom-hole sections for lithological considerations. That's been considered acceptable up to now. T2L questions, however, whether we really need to follow such courses; if the answer is 'yes,' can we do it on a critical path or can we do it in half the time?"

The new approach requires staff at all levels to question pre-conceived notions, then put forward innovations to aid the drilling process - and not to feel slighted if their views aren't heeded immediately. "We've also created an environment where drilling people can put their hand up and say, 'I made an error,'" Dave Taylor points out. "And that's OK. We've trained over 300 people in this new Enabling Environment. So, for example, if we drill a well in 12 days, we ask them "tell us how we can do it in 11.2 days next time."

Amerada may apply T2L for a forthcoming shallower water well in the UK North. It is also extending the concept to its suppliers, under a program called Procurement Support for T2L. "There is some perception among service companies that improvements are only to Amerada's benefit," Dave Taylor says. "But if we can involve them to help us drill even cheaper wells, we can also drill more of them, which in turn helps the supply industry." UNQUOTE

Dave and his team went on to help Hess drill their third-ever horizontal well in the UKCS - 44% less than previous; analysis by the Asset team equated that to a ‘doubling of well value over the well life’.

Following this success, Dave moved to BP Magnus, as consultant Technical Limit Co-ordinator, to prove that this could be done in a team where he had no prior “stroke”. These successes were followed by the founding of Relentless Pursuit of Perfection or rp2 as we like to call it.

In those intervening 15 years we have had hundreds of contracts, led client teams to 20-30% savings and facilitated over 335 Workshops attended by over 14,800 delegates in 180 wells teams.

It seems the wheel has turned full circle, back to the start of this millennium, so why not help your company avoid the pain of re-learning, and contact us. 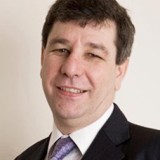