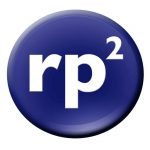 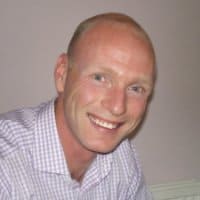 Through these workshops and on the job training they have developed their Critical Team Performance Programme based on Human Factors and Human Performance principles. Human Factors can be described as the science of understanding all those considerations that affect people at work. Research has proven that Human Factors skills training will significantly improve the performance of individuals and teams.

Phil has had a passion for Human Performance training for over 20 years. He believes in the knowledge that teams and individuals operating in critical environments can benefit from increased awareness on how to tackle the issues surrounding Human Error, Leadership and behavioural change.

Phil gained his training and coaching experience within the Royal Air Force as the Senior Instructor at the Logistic Officer Training School; he also served in the role of an operational crewman on Hercules and Chinook aircraft in several theatres of action.

Since retiring from the RAF in 2007 and starting up his company, Critical Team Performance (CTP), Phil has gained immense experience in the training and observation of multi-disciplinary Healthcare teams and has insight into the issues and culture that is found in Healthcare working environments across the spectrum. His experiences range from observing and coaching teams from paediatric neuro-surgery at Great Ormond Street to working with community mental health teams and designing appropriate training and development packages for those specialties including 1000’s of Dr’s, Surgeons, Nurses, HCA’s and Managers at over 150 NHS Trusts and Private hospitals across the UK.

Post the 2010 Gulf of Mexico Deepwater Horizon blowout disaster Phil has been working extensively within the Oil and Gas Industry developing and delivering Human Factors and Change Management Programmes; spending his time working and coaching on offshore platforms around the world as well as onshore drilling rigs and corporate HQ buildings.

In 2014 CTP was commissioned by the International Oil and Gas Producers Association to work with an industry-wide stakeholder group to write a Global Recommended Practice for Well Operations Human Factors Training. Partners on the project included Shell, BP, BG Group and Maresk Oil among others. The paper was released in late 2014 (IOGP Doc 502). CTP was short-listed for an award under the ‘Safety’ category at the 2015 UK Energy Institute Awards Dinner for this work.

Phil has also delivered mandated annual non-technical skills training to commercial aircrew from around the World for multiple airlines and CTP is unique in the World for the training they deliver abroad to the highly specialised Explosive Ordnance Disposal and Search teams within the British Army and other NATO countries. Phil has also coached and trained critical teams and individuals within the Commercial Sector with International Financial, Telecommunications, and Engineering Data Centre Management companies.

Phil has been invited to be keynote speaker at a number of International Conferences including Brisbane; Perth; Houston; Baku; Tunis; Brussels; Cairo; Dubai; Doha; Muscat and London. He has had articles published in the ‘Emergency Services Times’ magazine and the USA publication ‘The Detonator’ as well as being part of teams commissioned to study and publish highly regarded medical papers.

Safety on the rigs is all about people and leadership. Awareness and recognition of the basics of “Human Factors in HSE” is essential for leaders at all levels and the workers.

Creating this awareness on and around our rigs was a major contributing factor to our successful Incidents Free campaign which resulted in not only a step change in HSE performance but hand in hand also a top quartile well delivery performance.

CTP delivered Human Factors (HF) training to a large cohort of Explosive Ordnance Disposal (EOD) and Search officers and SNCOs, the majority of whom are destined for operations in the near future. A thoroughly professional approach combined with a relaxed, innovative and witty demeanor enabled CTP to win over even the most skeptical; the value of their training in the safety critical sphere of EOD & Search soon became apparent to all ranks.

There is no doubt that CTP’s experience, knowledge and unbridled enthusiasm is inspirational and contributed to the success of the classroom course. Equally important though was their HF input into scenario-based exercises in the field and their analysis for use in after action reviews. In summary, it was extremely valuable training delivered in a highly effective manner.

​Phil's work has been published in highly regarded places:

​'The challenges faced and the successes achieved in delivering well operations crew resource management in a multi cultural offshore environment.'

By Phil Smith and Gareth Lock

​In this article, ​Phil discusses the ground breaking training that Critical Team Performance Ltd. was conducting with the British Army.  The focus was on high performance & human factors. 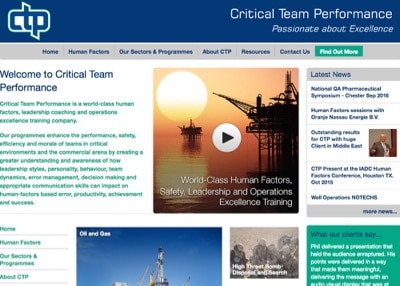 Their programmes enhance the performance, safety, efficiency and morale of teams in critical environments and the commercial arena by creating a greater understanding and awareness of how leadership styles, personality, behaviour, team dynamics, error management, decision making and appropriate communication skills can impact on human-factors based error, productivity, achievement and success.

Get in touch with Phil

If so, then fill in this webform and Phil will be in touch with you as soon as possible.

Privacy notice: Rest assured that only Phil Smith, and up to three integral personnel at Relentless Pursuit of Perfection Ltd. will see your contact details. We won't distribute these details, or add you to any mailing list without your explicit additional consent.